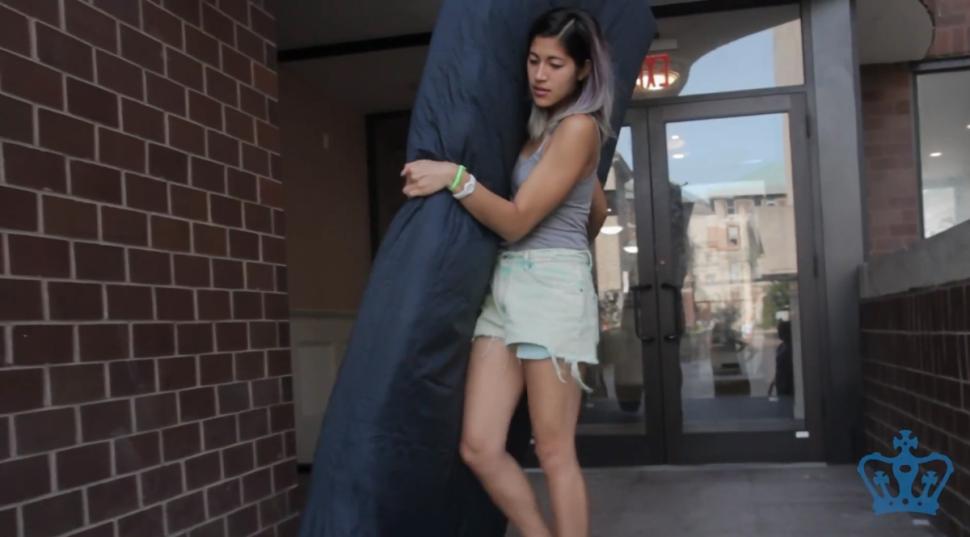 A Survivor’s Burden: Columbia Student Carries Mattress on Campus Until Alleged Rapist is Expelled
A Columbia University senior who says she was raped on campus by a fellow student has launched an unusual act of protest. Emma Sulkowicz has vowed to carry a dorm room mattress with her everywhere on campus until her rapist is expelled or leaves campus on his own. Sulkowicz says she was raped in her own dorm room in August 2012. That was only the beginning. After she reported her assault to Columbia, she appeared before a disciplinary panel, where she was forced to explain to a university official how the painful manner in which she had been raped was physically possible. Then the panel found her accused assailant not responsible. Two other students have accused the alleged perpetrator of sexual assaults, but he remains on campus. Sulkowicz joins us to tell her story.