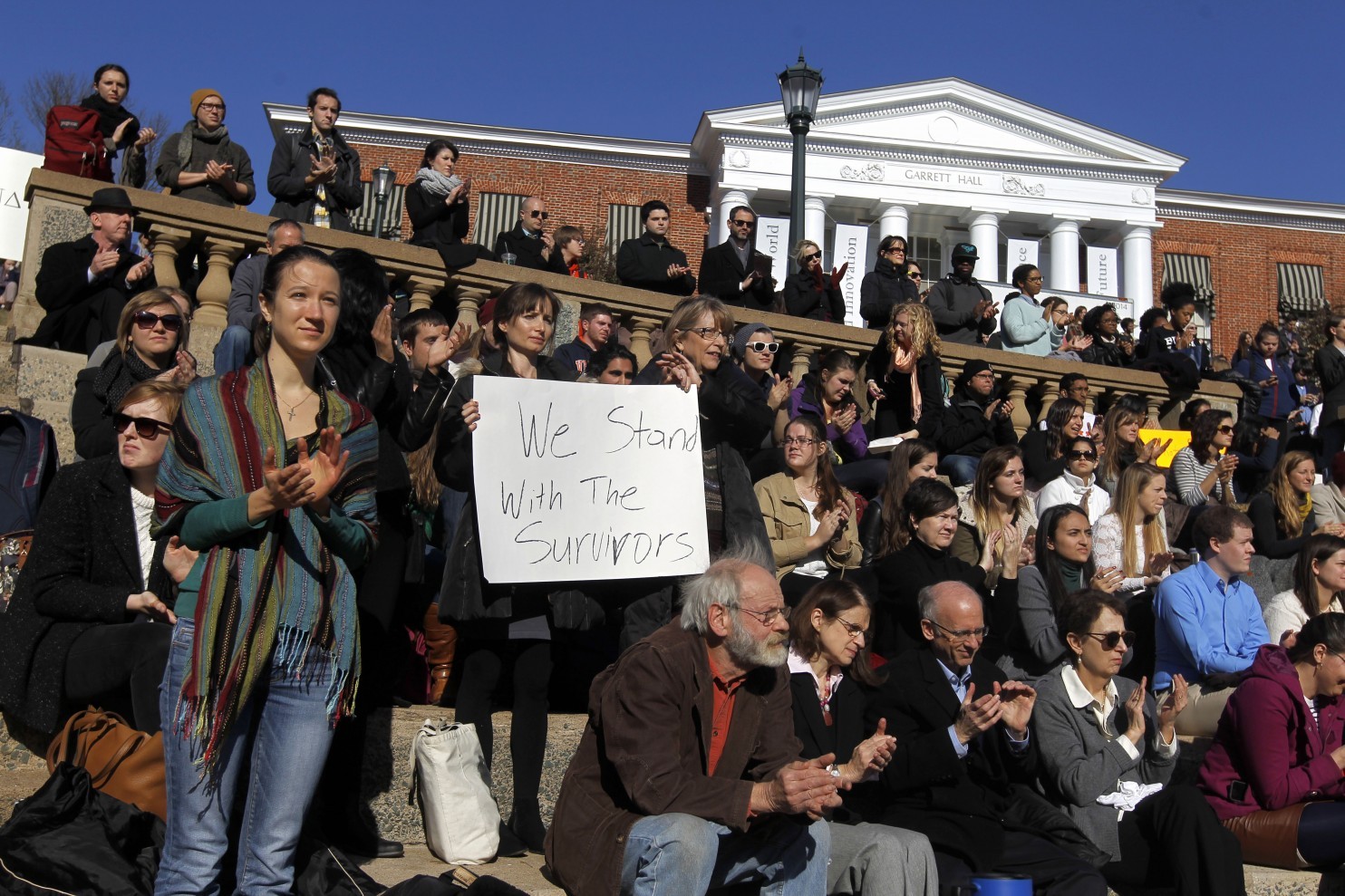 Alleged rape at U-Va. reveals a lack of real men
By Richard Cohen Opinion writer
Where are the men?

I am talking about men who live by a certain code, who know that rape is repugnant, that gang rape is vile and that so-called men who do these things are criminals. I am talking at the moment of the frat boys at the University of Virginia who are accused of raping a young woman. But I am also talking of all those who knew what was happening — at the time or afterward. They are not men, either.

The Virginia incident, first reported in Rolling Stone by Sabrina Rubin Erdely, allegedly took place at the Phi Kappa Psi house in 2012. The victim was an 18-year-old freshman. Rolling Stone gave her the name of Jackie. A fraternity member approached her with what we are told is a standard line: “Want to go upstairs, where it’s quieter?”
She did.

We are told, in a really instructive Post article based on the Rolling Stone piece, that there is a pattern to such incidents. The line — the bait — is usually a variation of the one used on Jackie: “Want to see my fish tank?” “Let’s go upstairs so we can talk.” Something like that.

Once the woman is isolated, again there is a pattern. The guy doing the luring, whom Rolling Stone called Drew, urges the others on. He tells the others what to do and, apparently, how to do it. He is the necessary leader for such an incident, according to social scientists who have studied such things. A “Drew” appears to be essential. Apparently, there is no shortage of Drews.

The Post story said that two psychologists, David Lisak of the University of Massachusetts at Boston and Paul M. Miller of Brown University, had studied more than 1,800 college men to determine the prevalence of rapists. They found that about 90 percent of college rapes were committed by serial rapists. On average, they had each committed nearly six rapes.

So just a small percentage of college men participate in rape, and they are responsible for a large number of sexual assaults. But the small percentage of actual sexual thugs is not necessarily good news. Whatever the percentage of actual rapists must be — let’s just say 5 percent — many others must know what’s happening. Some of the other guys at the Phi Kappa Psi house that night probably knew something was going on. Apparently, none of them intervened — Jackie, don’t go upstairs! Apparently, none of them confronted Drew and offered to knock his block off.
READ FULL ARTICLE