A World Lost in Screens 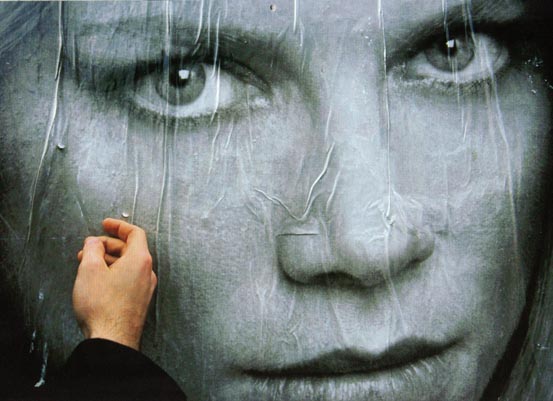 We realize this was posted awhile ago–but I am a sucker for Hedges’ nudge toward consciousness.

Nemesis was the Greek goddess of retribution. She exacted divine punishment on arrogant mortals who believed they could defy the gods, turn themselves into objects of worship and build ruthless systems of power to control the world around them. The price of such hubris was almost always death.

Nemesis, related to the Greek word nÃ©mein, means â€œto give what is due.â€ Our nemesis fast approaches. We will get what we are due. The staggering myopia of our corrupt political and economic elite, which plunder the nationâ€™s wealth for financial speculation and endless war, the mass retreat of citizens into virtual hallucinations, the collapsing edifices around us, which include the ecosystem that sustains life, are ignored for a giddy self-worship. We stare into electronic screens just as Narcissus, besotted with his own reflection, stared into a pool of water until he wasted away and died.

We believe that because we have the capacity to wage war we have the right to wage war. We believe that money, rather than manufactured products and goods, is real. We believe in the myth of inevitable human moral and material progress. We believe that no matter how much damage we do to the Earth or our society, science and technology will save us. And as temperatures on the planet steadily rise, as droughts devastate cropland, as the bleaching of coral reefs threatens to wipe out 25 percent of all marine species, as countries such as Pakistan and Bangladesh succumb to severe flooding, as we poison our food, air and water, as we refuse to confront our addiction to fossil fuels and coal, as we dismantle our manufacturing base and plunge tens of millions of Americans into a permanent and desperate underclass, we flick on a screen and are entranced.

We confuse the electronic image, a reflection back to us of ourselves, with the divine. We gawk at â€œrealityâ€ television, which of course is contrived reality, reveling in being the viewer and the viewed. True reality is obliterated from our consciousness. It is the electronic image that informs and defines us. It is the image that gives us our identity. It is the image that tells us what is attainable in the vast cult of the self, what we should desire, what we should seek to become and who we are. It is the image that tricks us into thinking we have become powerfulâ€”as the popularity of video games built around the themes of violence and war illustratesâ€”while we have become enslaved and impoverished by the corporate state. The electronic image leads us back to the worship of ourselves. It is idolatry. Reality is replaced with electronic mechanisms for preening self-presentationâ€”the core of social networking sites such as Facebookâ€”and the illusion of self-fulfillment and self-empowerment. And in a world unmoored from the real, from human limitations and human potential, we inevitably embrace superstition and magic. This is what the worship of images is about. We retreat into a dark and irrational fear born out of a cavernous ignorance of the real. We enter an age of technological barbarism.

To those entranced by images, the world is a vast stage on which they are called to enact their dreams. It is a world of constant action, stimulation and personal advancement. It is a world of thrills and momentary ecstasy. It is a world of ceaseless movement. It makes a fetish of competition. It is a world where commercial products and electronic images serve as a pseudo-therapy that caters to feelings of alienation, inadequacy and powerlessness. We may be locked in dead-end jobs, have no meaningful relationships and be confused about our identities, but we can blast our way to power holding a little control panel while looking for hours at a screen. We can ridicule the poor, the ignorant and the weak all day long on trash-talk shows and reality television shows. We are skillfully made to feel that we have a personal relationship, a false communion, with the famousâ€”look at the outpouring of grief at the death of Princess Diana or Michael Jackson. We have never met those we adore. We know only their manufactured image. They appear to us on screens. They are not, at least to us, real people. And yet we worship and seek to emulate them.

In this state of cultural illusion any description of actual reality, because it does not consist of the happy talk that pollutes the airwaves from National Public Radio to Oprah, is dismissed as â€œnegativeâ€ or â€œpessimistic.â€ The beleaguered Jeremiahs who momentarily stumble into our consciousness and in a desperate frenzy seek to warn us of our impending self-destruction are derided because they do not lay out easy formulas that permit us to drift back into fantasy. We tell ourselves they are overreacting. If reality is a bummer, and if there are no easy solutions, we donâ€™t want to hear about it. The facts of economic and environmental collapse, now incontrovertible, cannot be discussed unless they are turned into joking banter or come accompanied with a neat, pleasing solution, the kind we are fed at the conclusion of the movies, electronic games, talk shows and sitcoms, the kind that dulls our minds into passive and empty receptacles. We have been conditioned by electronic hallucinations to expect happy talk. We demand it.

We confuse this happy talk with hope. But hope is not about a belief in progress. Hope is about protecting simple human decency and demanding justice. Hope is the belief, not necessarily grounded in the tangible, that those whose greed, stupidity and complacency have allowed us to be driven over a cliff shall one day be brought down. Hope is about existing in a perpetual state of rebellion, a constant antagonism to all centers of power. The great moral voices, George Orwell and Albert Camus being perhaps two of the finest examples, describe in moving detail the human suffering we ignore or excuse. They understand that the greatest instrument for moral good is the imagination. The ability to perceive the pain and suffering of another, to feel, as King Lear says, what wretches feel, is a more powerful social corrective than the shelves of turgid religious and philosophical treatises on human will. Those who change the world for the better, who offer us hope, have the capacity to make us step outside of ourselves and feel empathy.

A print-based culture, as writer Neil Postman pointed out, demands rationality. The sequential, propositional character of the written word fosters what Walter Ong calls the â€œanalytic management of knowledge.â€ But our brave new world of images dispenses with these attributes because the images do not require them to be understood. Communication in the image-based culture is not about knowledge. It is about the corporate manipulation of emotions, something logic, order, nuance and context protect us against. Thinking, in short, is forbidden. Entertainment and spectacle have become the aim of all human endeavors, including politics, which is how Stephen Colbert, playing his television character, can be permitted to testify before the House Judiciary Committee. Campaigns are built around the manufactured personal narratives of candidates, who function as political celebrities, rather than policies or ideas. News reports have become soap operas and mini-dramas revolving around the latest celebrity scandal. â€¨Colleges and universities, which view students as customers and suck obscene tuition payments and loans out of them with the tantalizing promise of high-paying corporate jobs, have transformed themselves into resorts and theme parks. In this new system of education almost no one fails. Students become â€œbrothersâ€ or â€œsistersâ€ in the atavistic, tribal embrace of eating clubs, fraternities or sororities. School spirit and school branding is paramount. Campus security keeps these isolated enclaves of privilege secure. And 90,000-seat football stadiums, along with their millionaire coaches, dominate the campus. It is moral leprosy.

The role of knowledge and art, as the ancient Greeks understood, is to create ekstasis, which means standing outside oneâ€™s self to give our individual life and struggle meaning and perspective. The role of art and scholarship is to transform us as individuals, not entertain us as a group. It is to nurture this capacity for understanding and empathy. Art and scholarship allow us to see the underlying structures and assumptions used to manipulate and control us. And this is why art, like intellectual endeavor, is feared by the corporate elite as subversive. This is why corporations have used their money to deform universities into vocational schools that spit out blinkered and illiterate systems managers. This is why the humanities are withering away.

The vast stage of entertainment that envelops our culture is intended to impart the opposite of ekstasis. Mass entertainment plays to the basest and crudest instincts of the crowd. It conditions us to have the same aspirations and desires. It forces us to speak in the same dead clichÃ©s and slogans. It homogenizes human experience. It wallows in a cloying nostalgia and sentimentalism that foster historical amnesia. It turns the Other into a cartoon or a stereotype. It prohibits empathy because it prohibits understanding. It denies human singularity and uniqueness. It assures us that we all have within us the ability, talent or luck to become famous and rich. It forms us into a lowing and compliant herd. We have been conditioned to believeâ€”defying all the great moral and philosophical writers from Socrates to Orwellâ€”that the aim of life is not to understand but to be entertained. If we do not shake ourselves awake from our electronic hallucinations and defy the elites who are ruining the country and trashing the planet we will experience the awful and deadly retribution of the gods.