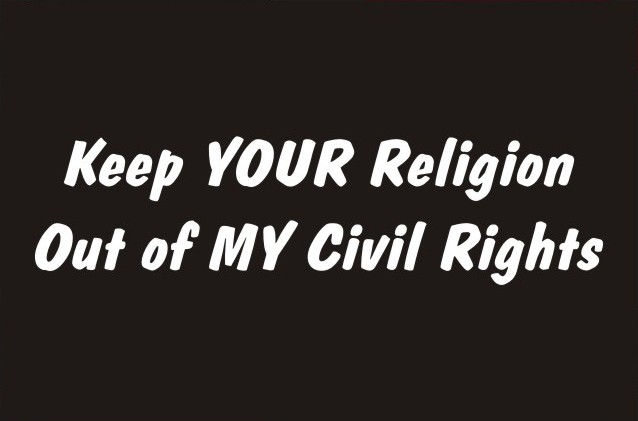 Republican leaders denied Sandra Fluke – or any woman – the right to testify for birth control access in their so-called “religious liberty” hearing. Now Rush Limbaugh openly assaults Sandra Fluke for speaking out at a Democratic hearing, calling her a “slut” and a “prostitute.” Don’t let Sandra Fluke or any other woman be silenced by these misinformed shame tactics.

UPDATE
In a dramatic scene on Capitol Hill, several Democrats walked out of a congressional hearing on the Obama administrationâ€™s rule that would require health insurance plans, including those provided by Catholic-affiliated hospitals and universities, to offer free contraceptives for health-related issues and birth control. The lawmakers took action after the committee chair blocked testimony from a female witness who supports the mandate. Weâ€™re joined by D.C. Congresswoman Eleanor Holmes Norton, who walked out of the hearing, and the witness who was barred from testifying, Georgetown University law student Sandra Fluke. Georgetown is a Catholic university whose health plan does not cover contraception.
http://www.democracynow.org/2012/2/17/where_are_the_women_lawmakers_walk

The leadership of the Catholic Church has launched what amounts to a holy war against President Barack Obama. Archbishop Timothy Dolan appealed to church members, â€œLet your elected leaders know that you want religious liberty and rights of conscience restored and that you want the administrationâ€™s contraceptive mandate rescinded,â€ he said. Obama is now under pressure to reverse a health-care regulation that requires Catholic hospitals and universities, like all employers, to provide contraception to insured women covered by their health plans. Bill Donohue of the Catholic League said, â€œThis is going to be fought out with lawsuits, with court decisions, and, dare I say it, maybe even in the streets.â€ In the wake of the successful pushback against the Susan G. Komen Race for the Cureâ€™s decision to defund Planned Parenthood, the Obama administration should listen to the majority of Americans: The United States, including Catholics, is strongly pro-choice.

Rick Santorum most likely benefited from the 24-hour news cycle this week with his three-state win. Exactly one week before the caucus/primary voting, on Jan. 31, The Associated Press broke the story that Susan G. Komen Race for the Cure, a $2 billion-per-year breast-cancer fundraising and advocacy organization, had enacted policies that would effectively lead it to deny funding to Planned Parenthood clinics to conduct breast-cancer screenings, especially for women with no health insurance. Linked to the decision was a recently hired Komen vice president, Karen Handel, who, as a candidate for governor of Georgia in 2010, ran on a platform to defund Planned Parenthood. The backlash was immediate, broad-based and unrelenting. By Feb. 3, Komen reversed its decision. On Feb. 7, Handel resigned from Komen.

Adding fuel to the ire was news that the U.S. Department of Health and Human Services had issued the regulation requiring employer insurance plans to provide contraception. The coup de grace, on primary/caucus day, was the decision handed down by the 9th U.S. Circuit Court of Appeals overturning Californiaâ€™s controversial Proposition 8, which banned same-sex marriages.

For Santorum, in a primary battle with Mitt Romney, it was â€œthree strikes, youâ€™re in.â€ As a conservative Catholic and father of seven, Santorum has long waged the culture war, with a focus on marriage, abortion and sex. He once likened homosexuality to bestiality.

According to the nonpartisan Guttmacher Institute, which studies reproductive health issues globally, in the United States, â€œamong all women who have had sex, 99 percent have used a contraceptive method other than natural family planning. This figure is virtually the same among Catholic women (98 percent).â€ According to a Public Religion Research Institute poll, 58 percent of Catholics believe that employers should provide employees with health-care plans that include contraception. Catholic activists who acknowledge the broad use of contraception among their church members, despite its official prohibition, suggest women can â€œgo elsewhereâ€ to get the preventive care. And if they canâ€™t afford to? Loretta Ross, national coordinator of the SisterSong Women of Color Reproductive Justice Collective in Atlanta, told me: â€œThis rule really allows low-income women, women who are dependent on their health care, to access birth controlâ€”women of color, in particular … if you donâ€™t want to use birth control, donâ€™t buy it, donâ€™t use it. But donâ€™t block others who do want to use it, who cannot afford it, from accessing it.â€

One possible solution to the debate came from a surprising quarter. Michael Brendan Dougherty, a Catholic commentator, was in church a couple of weeks ago when he heard the priest read out a letter from Archbishop Dolan encouraging Catholics to oppose the president. Dougherty, who supports the churchâ€™s opposition to the regulation, suggested to me that a single-payer health-care option could solve the problem: â€œIt would solve this particular problem of conscience, as it has in Europe. The bishops donâ€™t like that the government subsidizes abortion or contraception, but they are not in full mode of fury, because they are not being asked to formally cooperate with things they view as sinful.â€

Loretta Ross agrees with the single-payer solution, but says the current contraception controversy masks a â€œwar on women with all this rhetoric about religious freedom and care for not only the pre-born, but now, with the attack on contraception, youâ€™re attacking the preconceived. … Weâ€™re not going to take it lying down. And as the fight with the Komen Foundation proved, we are a force to be reckoned with. And weâ€™re actually going to work to strengthen President Obamaâ€™s stand in supporting contraceptive access.â€

Amy Goodman is the host of â€œDemocracy Now!,â€ a daily international TV/radio news hour airing on more than 1,000 stations in North America. She is the author of â€œBreaking the Sound Barrier,â€ recently released in paperback and now a New York Times best-seller. Denis Moynihan contributed research to this column.