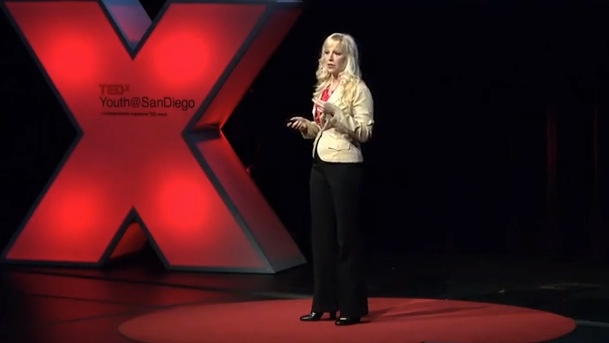 Finally, a beautiful young woman who will be able to make this lesson stick. Thank You Caroline Heldman especially for quoting much of lines Media Watch has used for decades about the importance of recognizing sexual objectification and, of course, the END.. which I won’t spoil for you .. WATCH IT

It is unfortunate that within our surface-oriented culture the majority are unable and unwilling to hear women who don’t look the part of the “perfect stereotype” of beauty. May Heldman kick DOWN the door for all women’s voices to he heard!

Heldman is a leading advocate for spotlighting how the mainstream media contributes to the underrepresentation of women in positions of power and influence in America, Caroline Heldman offers straight talk and an often-startling look at the objectification of women in our society. She illustrates how it has escalated, how we have become inured to its damaging effects and what we can do individually and collectively to demolish the paradigms that keep us from a better world.

Chair of the politics department of Occidential College in Los Angeles, Dr. Heldman appeared in the acclaimed documentary, Miss Representation and is co-editor of “Madame President: Are We Ready for a Woman in the White House?” She is a frequent commentator on radio and television and a regular contributor to Ms. Magazine.