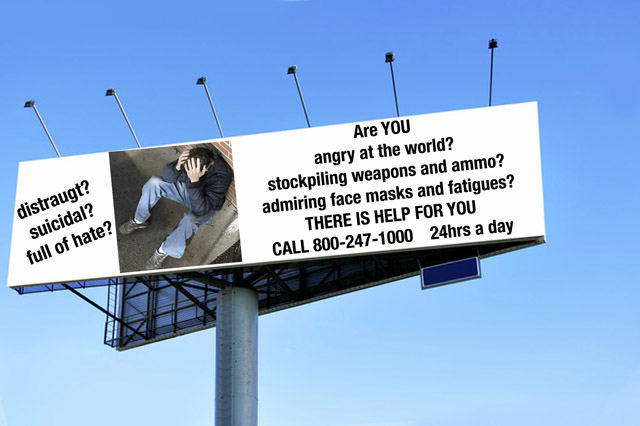 It has been just one week since the Sandy Hook Elementary massacre took place and many of us are still numb to the horror of what happened. My question is, are we brave enough to step out of our comfort zones, suspend all judgments, look long and hard at the big picture and implement lasting social change? There are a myriad of issues that have informed my life’s work and that are exemplified through this sad event in Connecticut. It’s the intersection of these complex issues that I want to address; gun ownership, race, class, gender, childhood education, power and powerlessness.

Dream Big
As we wrangle with our reactions to this latest massacre, I suggest we put all aspects on the table, including a complete history to help us comprehend the enormity of this problem. Mass Killing lists should include domestic homicides and serial killers. Four were just killed in a Colorado murder/suicide.
Violence exists throughout the developed world, so it makes sense to also list mass killings in other parts of the world like the 1989 Montreal Massacre, when the shooter selectively murdered females. We might also learn from the mass murder in New Town, Australia in 1996, after which a successful gun measure passed, which resulted in zero mass murders since that time.
Let’s not rush to pass a watered-down gun control measure. We need to ask how and why gun control measures work in other parts of the world. We could try a recertification process of gun ownership similar to the two-year wait that is utilized so successfully in Japan.

Inner-city & Military Violence
Violence in rich neighborhoods gets a lot of attention. The senseless daily deaths of children in ghettos across our nation deserve the same attention. Skin color and poverty shouldn’t change the media’s response to a child’s murder. (Forward to 22:48 in this video to watch two young Oakland boys talk about the warzone they call home.)
News media could also show similar compassion for the 176 children shot down by US military drones in Pakistan and Afghanistan. When we ask our children to use their words rather than their fists we should also remind ourselves that our tax dollars fund a military that uses unmanned drones to carry out drone strikes which terrorize and kill thousands.

Gender
The NRA has long claimed, “Guns don’t kill people. People kill people.” Then Michael Moore, the filmmaker, added, “Guns don’t kill people. Americans kill people.” I think it’s time to include, “Guns don’t kill people. American males kill people, and sometimes specifically target females. (As in most domestic homicides, The Montreal Massacre, Jonesboro, Amish school killings, serial killings and more).
Imagine it were a female shooter at Sandy Hook Elementary. Her gender would be the news media’s central focus. Gender needs to be central, as this excellent piece points out. Only then can we begin to take a deeper look into the violent and hateful culture we offer boys and men.
Consider the scant choices boys have within established cultural confines. Male violence is idealized. Violent behavior patterns are taught from early childhood through toys like swords and guns, and through cartoons, violent video games, films, MTV, YouTube and pornography.
Patterns of male domination are so deeply embedded in popular culture and institutions that that they go unrecognized. Masculinity is equated with being dominant and boys are systematically socialized to express dominant behavior. Domination is defined as a relational state, which means maintaining this status requires always having someone in a subordinate position. The truth is, no one wins when someone must be put down, bullied, or lessened as a human.
The sports world is another arena that too often encourages boys and men to be tough, unfeeling bullies who must never play “like a girl.” Sports could be taught as team-building fun, rather than as full of competition and vengeance.

Media Violence
Adverts that target men often offer a very dark, dangerous, fear filled world where men’s masculinity is under threat from females who “force” them to do things like carry their lip balm and put dirty clothes in a hamper.
To be masculine, it’s imperative that he repudiate everything feminine. As long as violence helps define the very essence of masculinity, then men and boys will act out with impunity. Violence as a solution to problems shouldn’t be promoted, no matter if that violent act is perpetrated by a good guy, a bad guy, a bully, a victim or by James Bond–Skyfall has already grossed over 270 million dollars and the trailer depicts what it takes to “entertain” men and boys today.
Imagine popular films starring Vin Diesel taunting his opponents with his fine negotiating skills rather than his beefy biceps.

Boring? Never Happen? Did you see the film, In A Better World? It’s not boring. Men’s attitudes toward entertainment could be different if fathers emphasized emotional intelligence, empathy and negotiation skills.
01 – Father and Son -60
We don’t want censorship, but we want educated consumers who understand the impact of viewing so much violence. We want an educated populace that turns away from violence because they understand the harm and negative messages it perpetuates. This has long been our goal when addressing violent pornography as well. Don’t censor. Educate.

What Can We Do?

After the Amish schoolhouse killings, where the killer segregated the males at gunpoint and methodically performed execution-style shots through the heads of 10 girls, ages 6-13 (five lived), I wondered why are there no massively advertised 24-hour help lines for men. Clearly there are some who have been feeling the urge to rape and murder girls or boys. I created a few fake ones. We haven’t a name for this hotline, but it needs to be in the public sphere. The Aurora killer warned his friend to stay out of theaters prior to his murderous rampage. She could have called a hotline. We can’t pretend any longer. This holiday season let’s be brave enough to return every violent game, every simulated Bushmaster rifle. Consider buying toys that help boys nurture, feed and care for those who are more helpless than they are. Caring for others is a human act, not one designated at birth by gender. We could all learn more about how to meet our human need for love, intimacy and connection. I have learned a lot from studying Nonviolent or Compassionate Communication. I learned to recognize how violent our everyday language is and how rare and special it is to listen with out judgment, criticism or advice and in turn to be listened to.

Men Helping Men
When will men, as the powerful demographic group that they are, grow tired of all the violence perpetrated in their name? Men, especially privileged ones, represent a powerful demographic group. If they united across class, race, sexual orientation, religion and ethnicity they would form an even more powerful coalition. Many groups of men already dedicate their lives to stopping male violence. Here are just a few:
menstoppingviolence.org/
ncdsv.org
nomas.org/
mavaw.org/
Mentors for Violence Prevention
Obama is right, we can do a lot better. I end with a nod toward the great women at Feministing. Lori included this quote in a recent article “Hearts are broken all over the world, and yet, the immediate temptation, during tragedies like these, is to go to an analytic place—to speculate and to blame. But in so doing, we miss a chance for humility and human connection. We miss a chance to emotionally reckon with the best and worst of humanity. Parker Palmer, author of Healing the Heart of Democracy, writes that we have two choices in dark nights of the soul: to break apart or to break open. One choice leads us down the path to bitterness and brittleness, to distance ourselves from people and their capacity for beauty and kindness. The other leads us down the path to vulnerability, gentleness, deep and lasting connection. Stay out of your head, at least for a moment, and let your heart break open.”

May the solstice offer true transformation as we collectively turn toward the light.
©Ann J. Simonton